I had roughly 36 hours in Portland, OR and was determined to make the most of it. While this was a work trip, I managed to squeeze in a few of the major tourist destinations after I spoke at AgileCamp Pacific Northwest which just so happened to be held at Nike’s World Headquarters!!

Nike test track or where they settle team debates?! Didn’t get to run or workout while there but the campus aka Nike’s World HQ was impressive on the amenity front. There were so many options to be active! 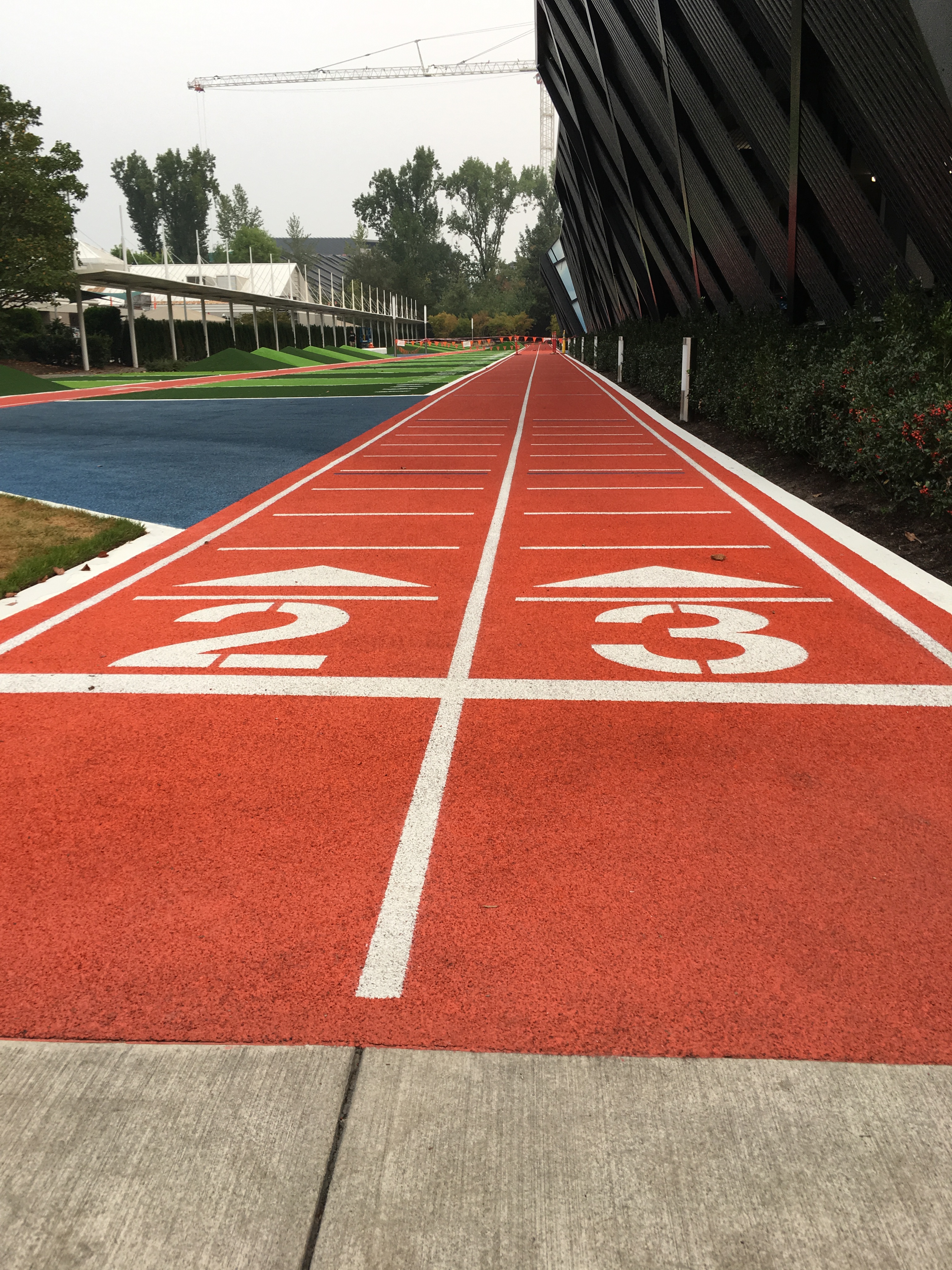 The Portland area was dealing with major air quality issues and smoke filled skies due to the Eagle Creek fire that was started by a teenager over Labor Day weekend. The entire area was under alert to avoid areas east of the city and to limit time outside. The following pictures are from my time driving around and touring the destination as quickly as possible before heading back inside. 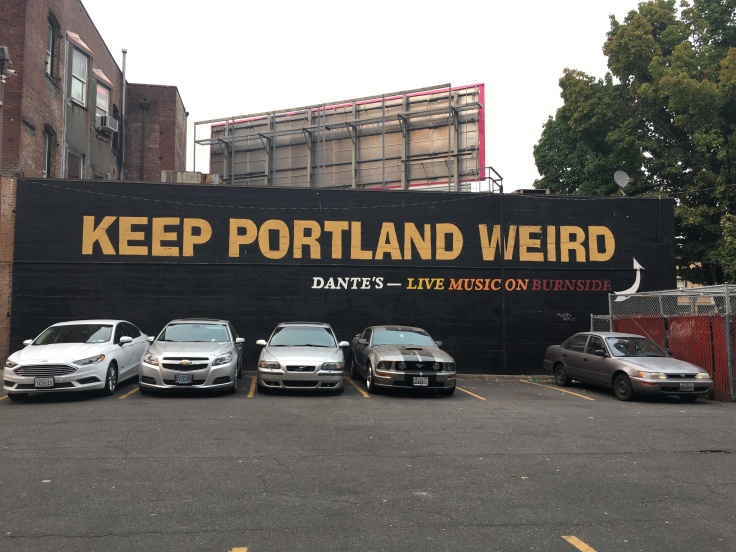 My first stop after wrapping up at the conference was Washington Park where I planned to quickly visit the International Rose Test Garden and the Japanese Garden.

First stop was the Rose Garden, it was so fragrant I could smell the roses from the parking lot! 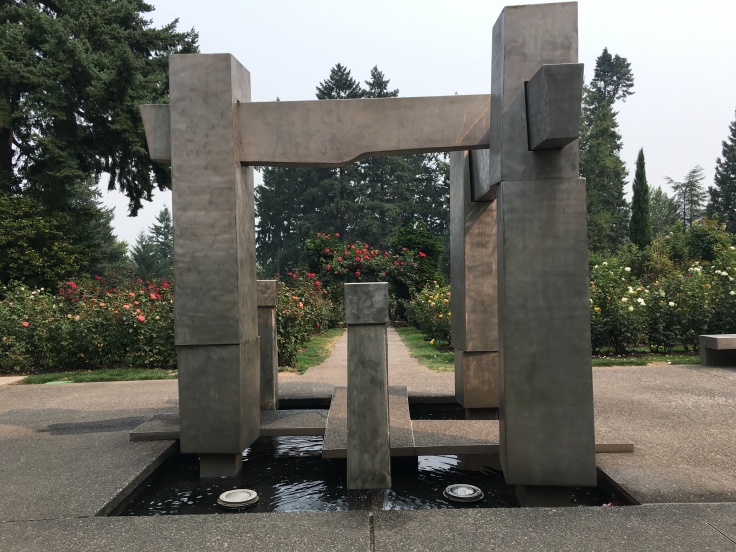 Despite limited visibility of the city skyline and distant mountains, it was still quite a tranquil setting. I highly recommend stopping to smell the roses if you are in Washington Park while in Portland. 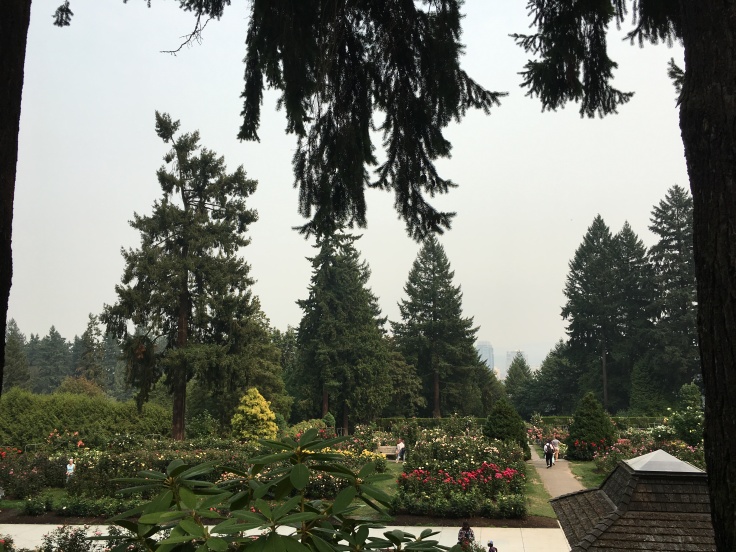 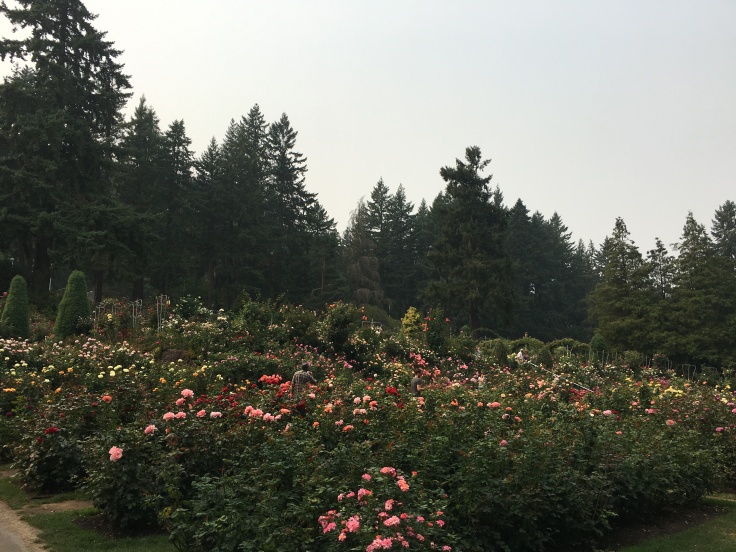 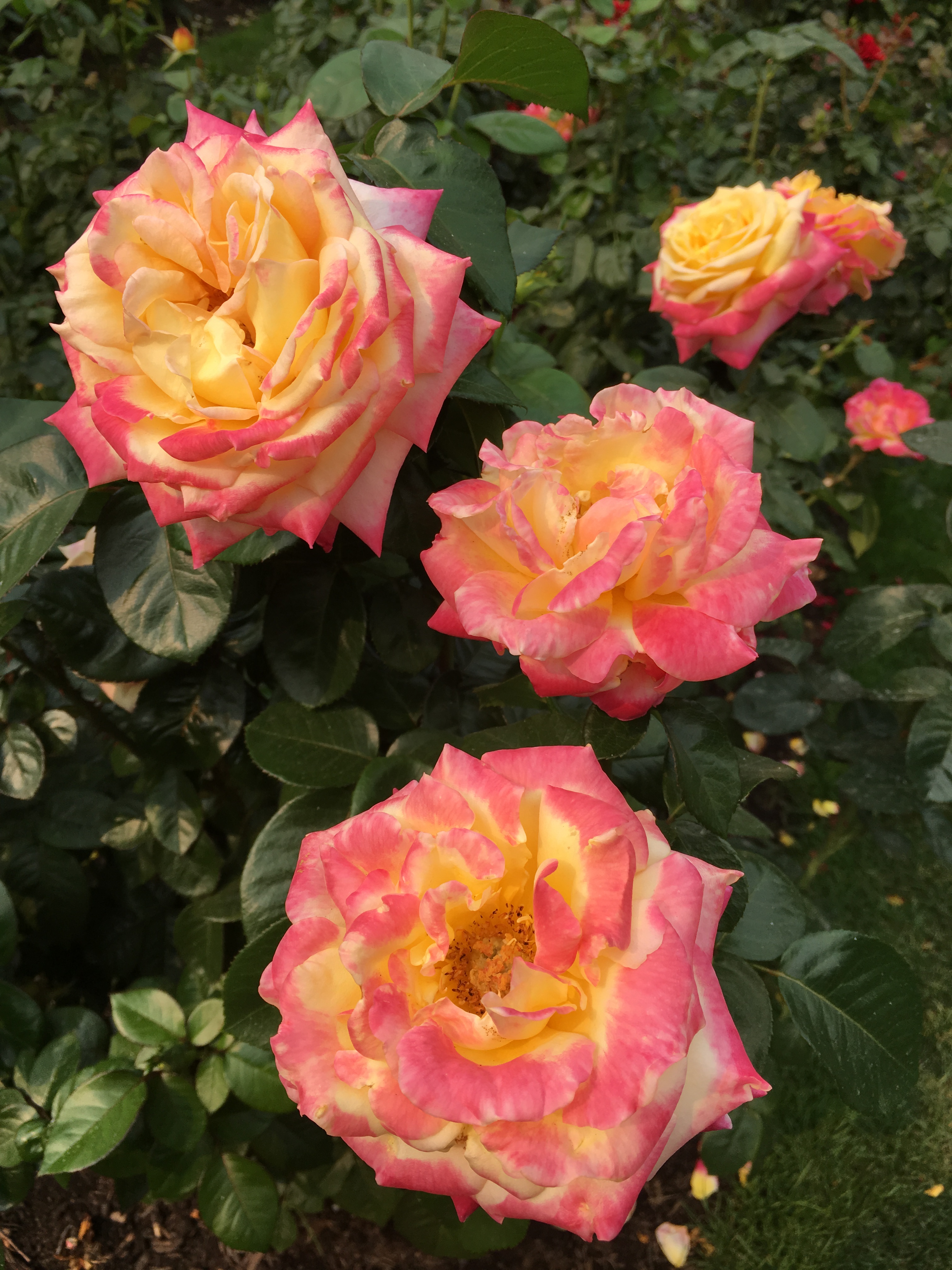 I walked across the parking lot to check out the Japanese Garden next. I overhead two ladies talking about this place while in Butchart Garden during our trip to Vancouver & Victoria so I had to check this out.

Because of the smokey skies I opted for taking a round-trip shuttle from the ticket booth to the garden and then back to the parking lot in order to limit my time outside. It is about a 10 minute walk if you choose to forgo the shuttle. 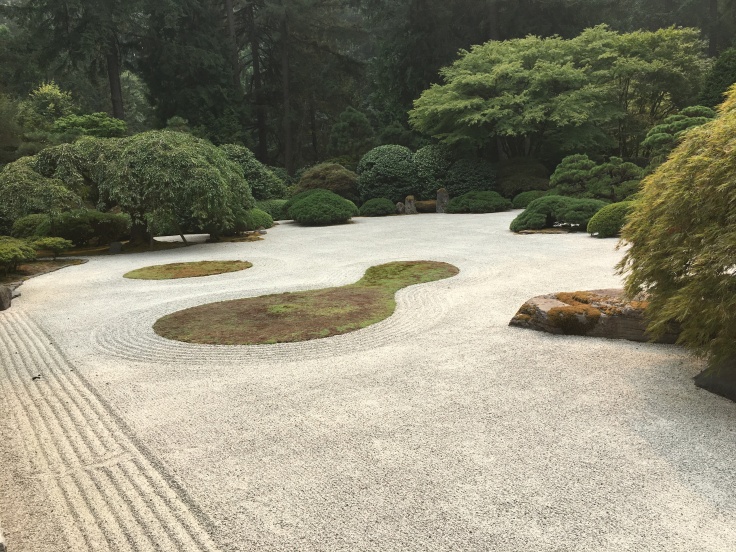 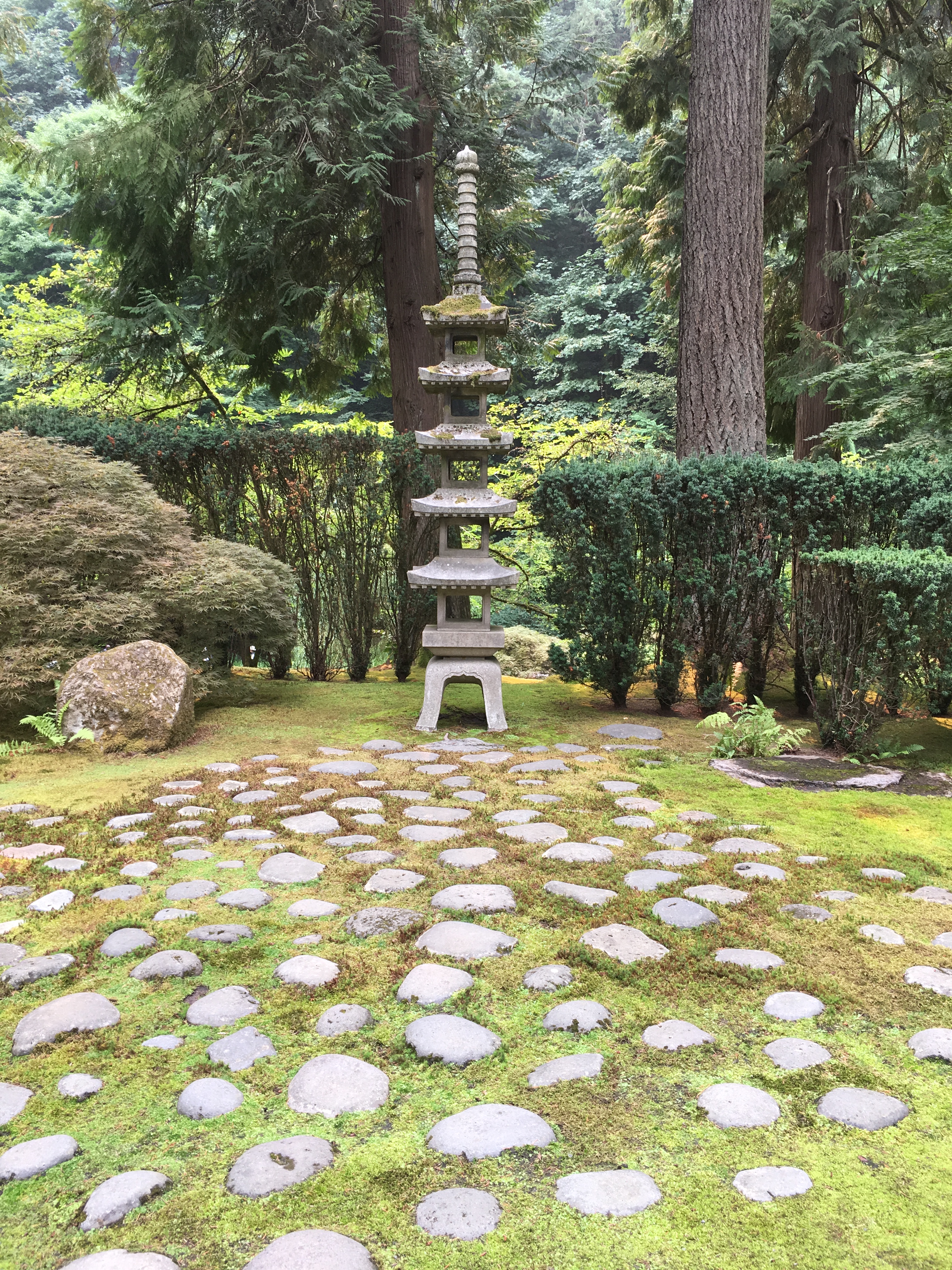 The light was perfect for taking pictures within the garden as the sun was trying to break through smoke filled clouds. 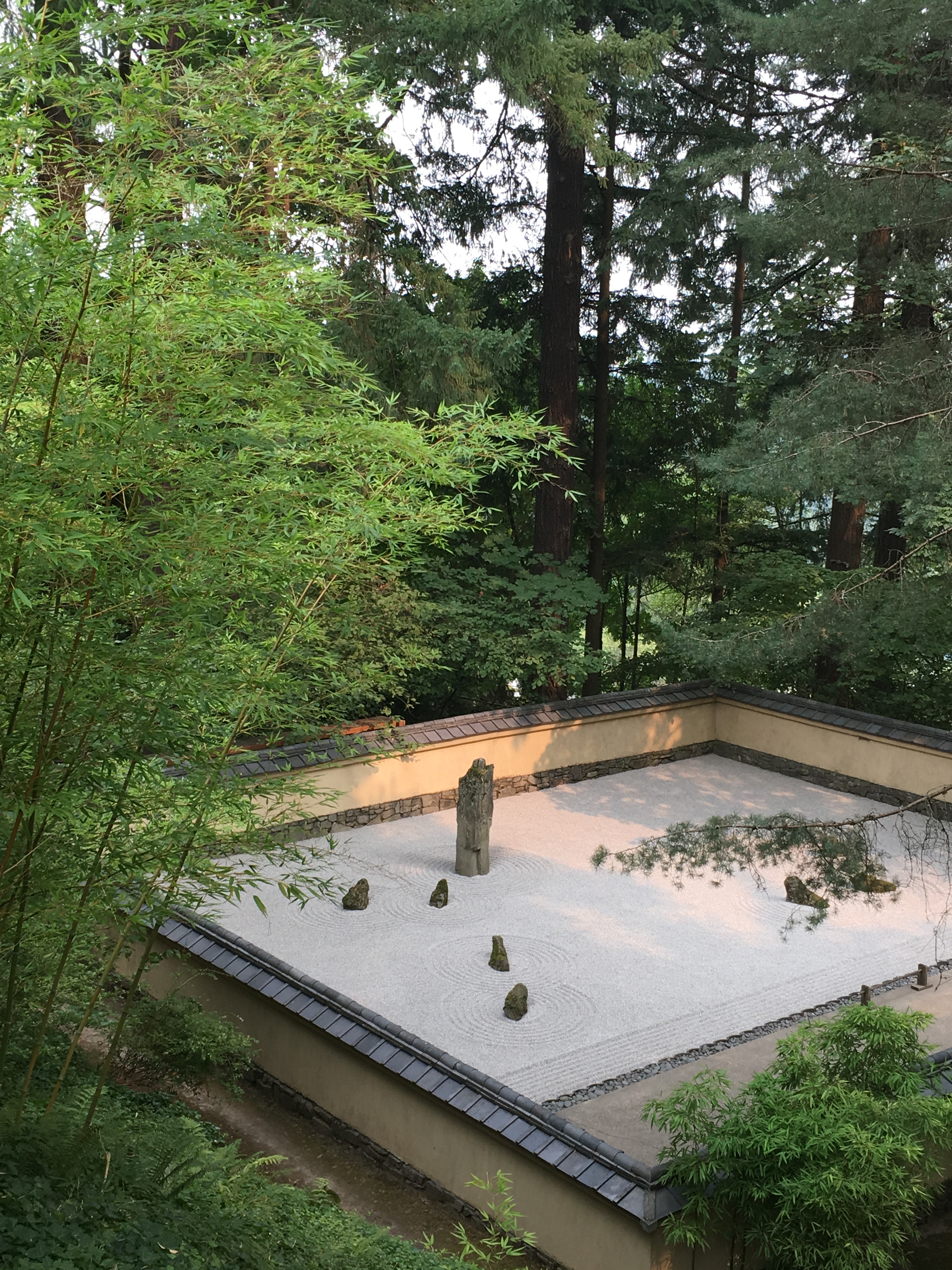 This could have been one of the many Japanese gardens that we visited! 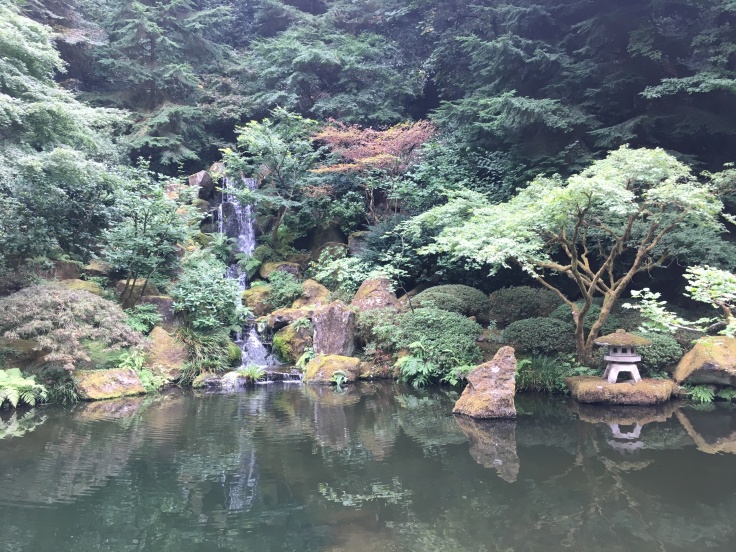 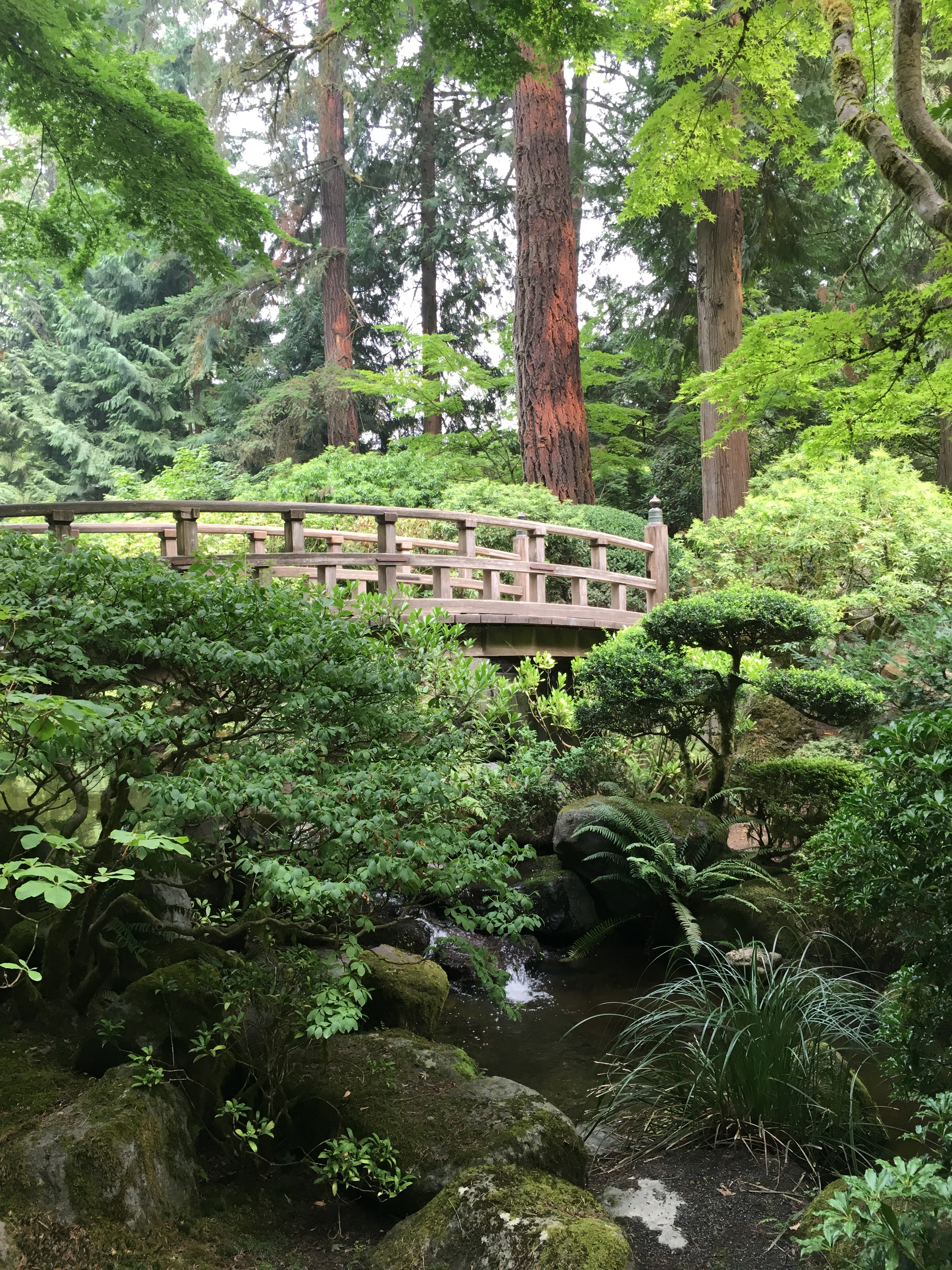 No visit to a Japanese garden is complete without admiring the impressive Bonsai trees. 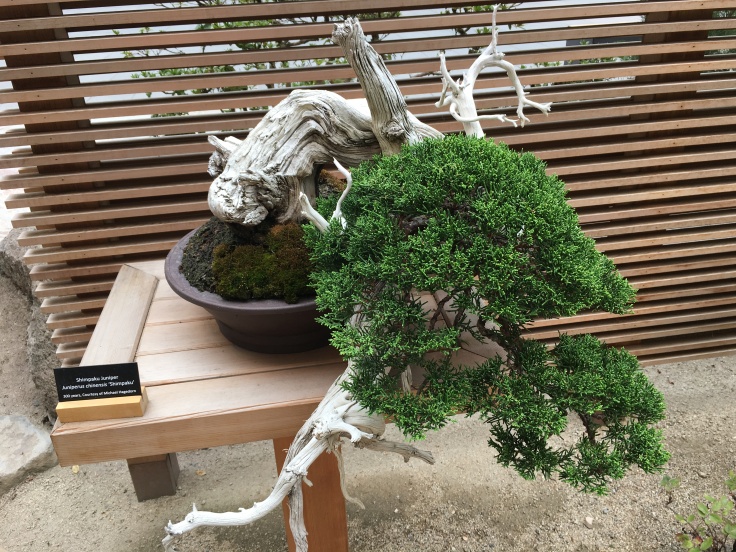 After a quick shuttle ride back to the parking lot I got back in the rental car and headed back into downtown Portland.

Things happen in threes, right? Why not visit a third garden before calling it a day. My next stop was the Lan Su Chinese Garden. 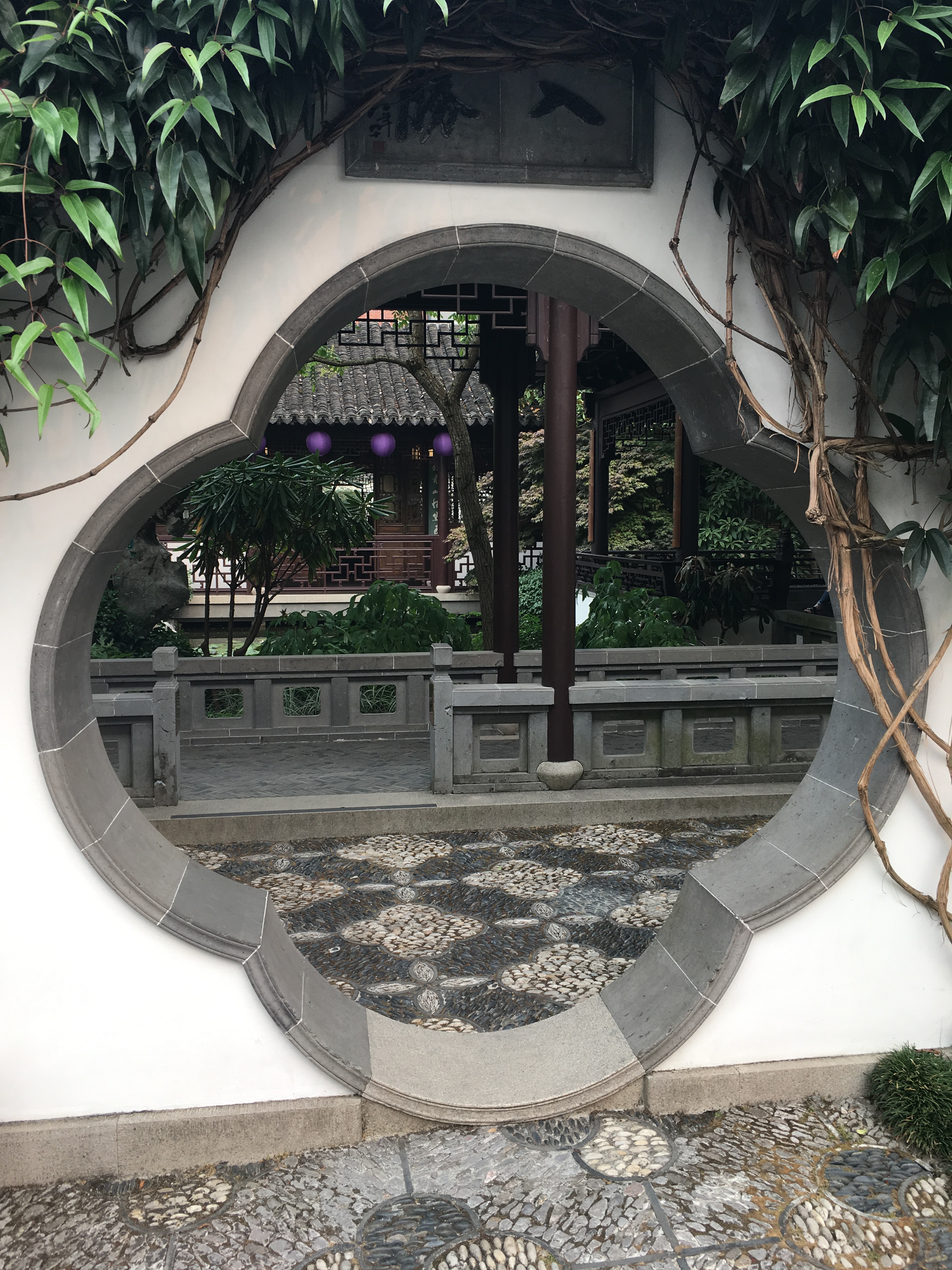 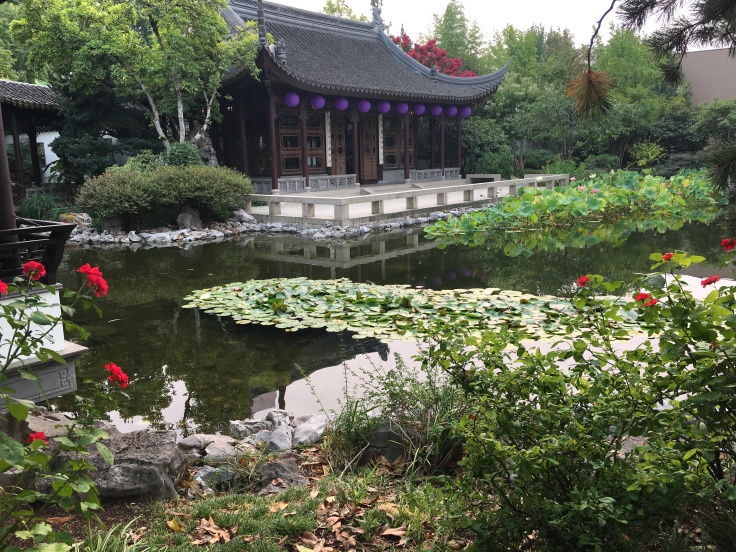 It was much smaller than the other two and in the middle of city buildings so not quite as tranquil but still pretty impressive. 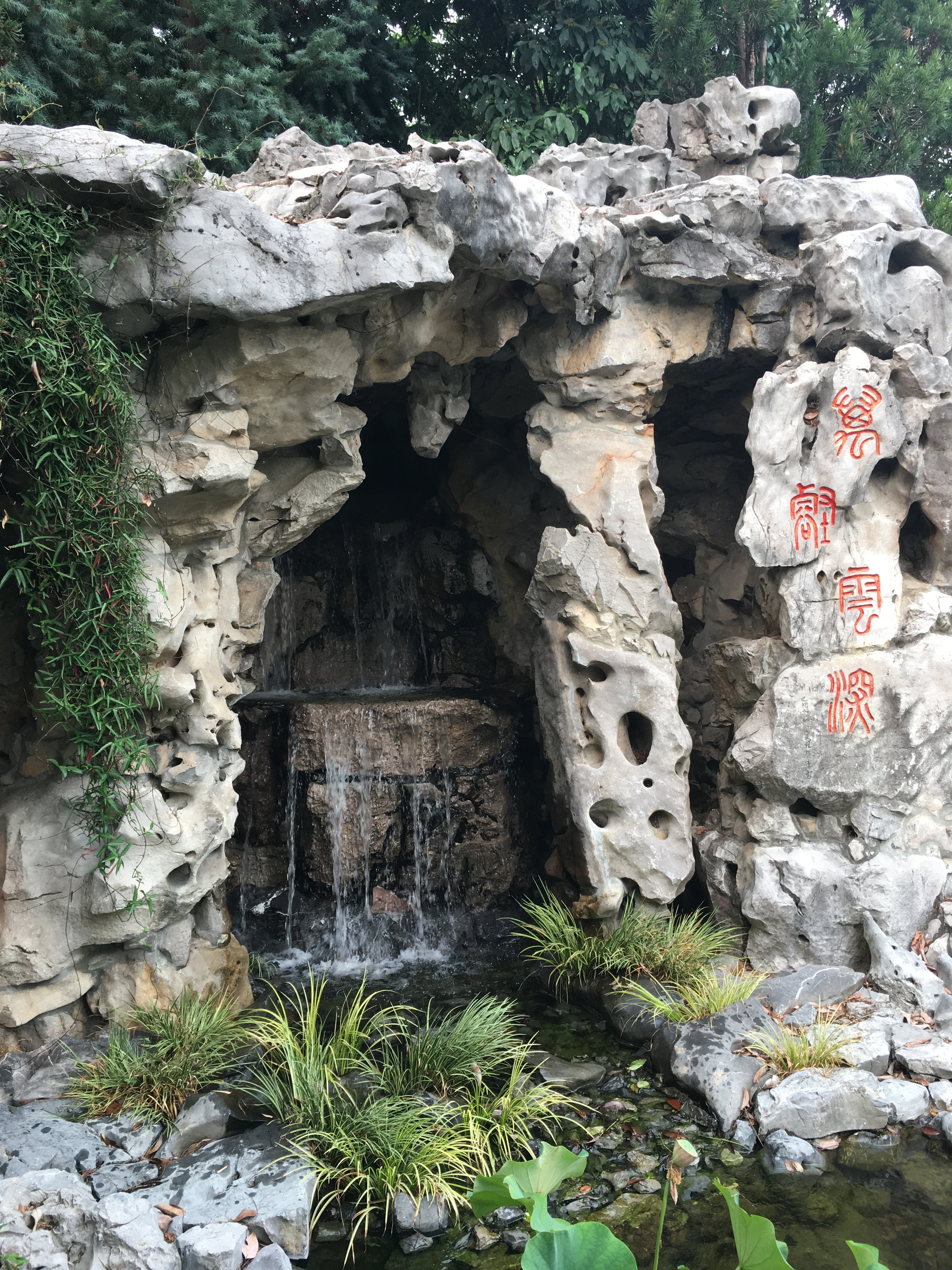 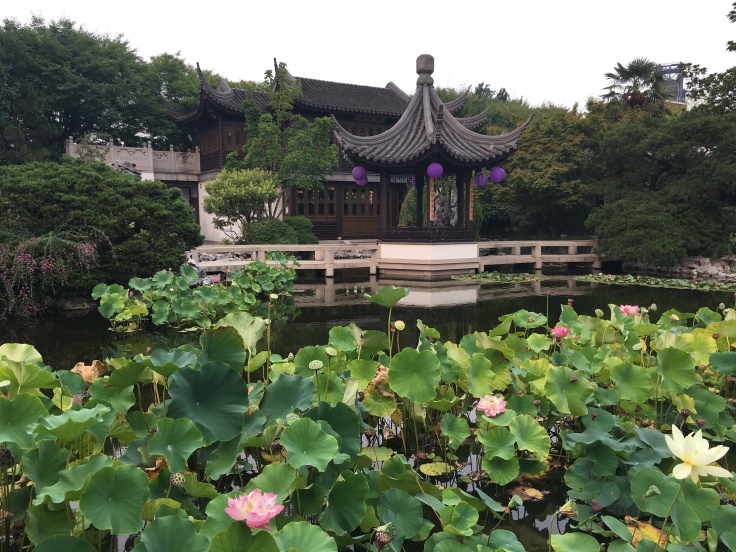 After the rapid garden tour I decided to check out the infamous Powell’s Bookstore. I am pretty sure most book worms could spend all day here but it was pretty overwhelming. 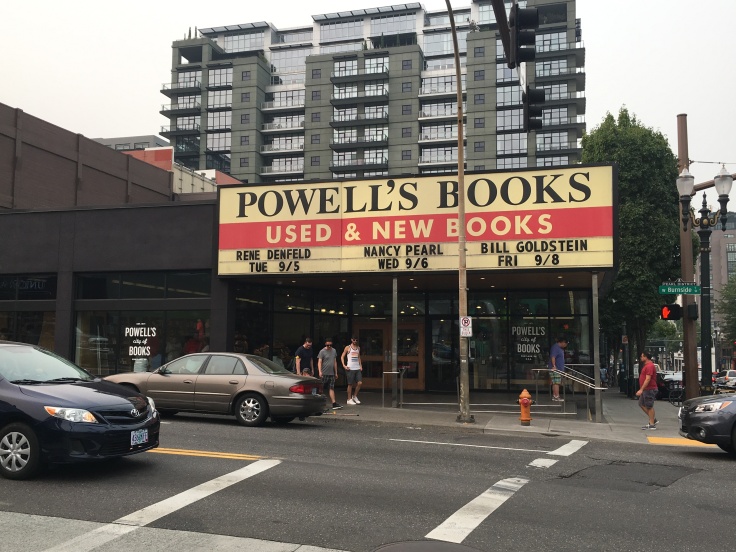 It truly is a Portland landmark that is multi-level and has so many options, just look at the signage attempting to direct customers! 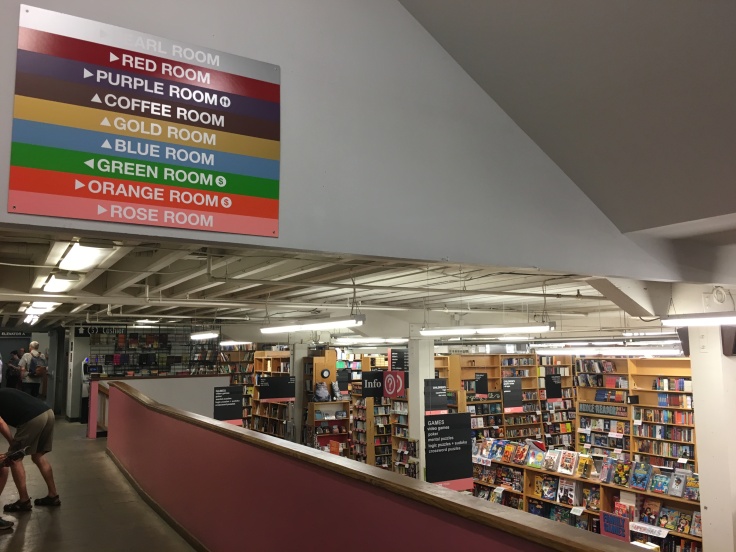 That’s about all I had time for this trip and about all I could take being out in the smoke filled air. Until next time Portland!

Question: What is your favorite way to explore the Portland area? What did I miss?