San Diego was our first trip of 2017! While I technically spent a few hours in San Diego with some college friends in 2003, this was my first official visit!

We planned to spend a long weekend relaxing and exploring with my brother and sister-in-law. Most of Friday was spent traveling from the East Coast (DC and Boston) so the trip recap starts with Saturday morning once everyone was together.

We started the day off by fueling up at Harry’s Coffee Shop in La Jolla. It was an old-school, classic diner that caught our eye en route to Torrey Pines. We probably over fueled, if there is such a thing, because upon arriving at Torrey Pines State Natural Reserve we discovered most of the trails were closed due to torrential rain the day before.

We decided to make the most of it and walk along the beach since we just inhaled a humongous breakfast and we were already there.

He’s not a very good reader.

After exploring the beach and testing our strength to move mountains, we pretty much reached the end of the beach path as the tide was starting to come in a little too close.

Due to the trails being closed the park opened the road to pedestrian traffic so we headed all the way up the road instead of the trails. Not as fun but still gave us a better view from the top. Group shot! 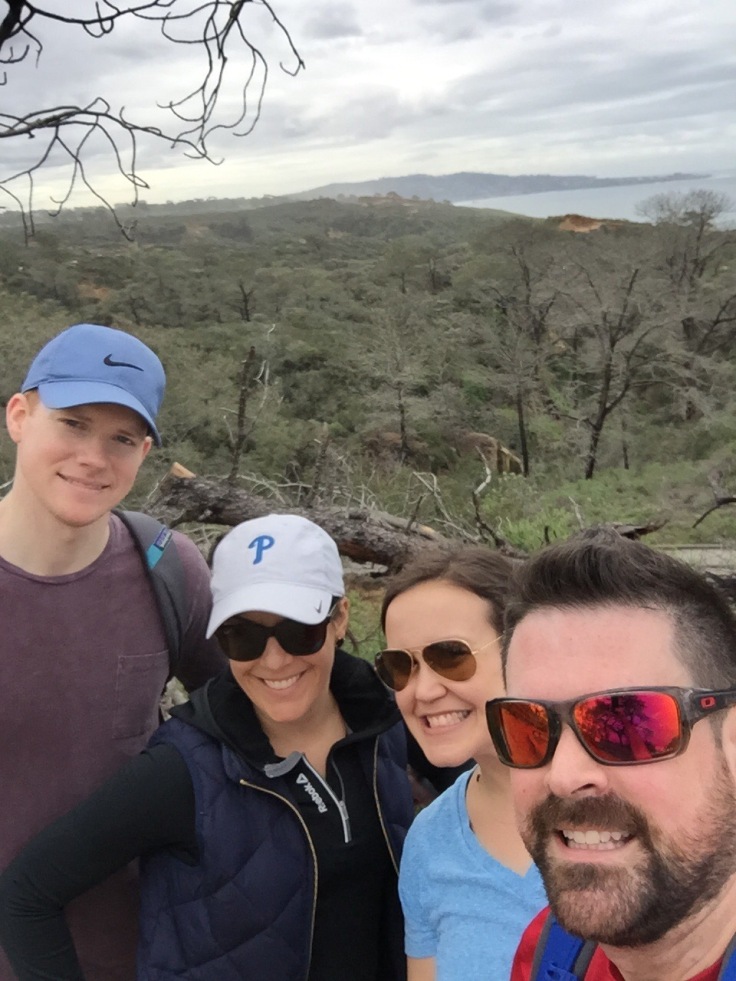 We had some time to explore before lunch so we headed over to Torrey Pines golf course in our ath-leisure hiking attire.

It’s 5 o’clock somewhere so we headed to Society Brewing in Mirimar before having lunch at Ballast Point also in Mirimar.

After relaxing at our Airbnb we headed to George’s Ocean Terrace in La Jolla for sunset happy hour and some snacks.

We Olive + Wine Bar in La Jolla was the perfect spot with an ocean view and an outside patio nearly all to ourselves. 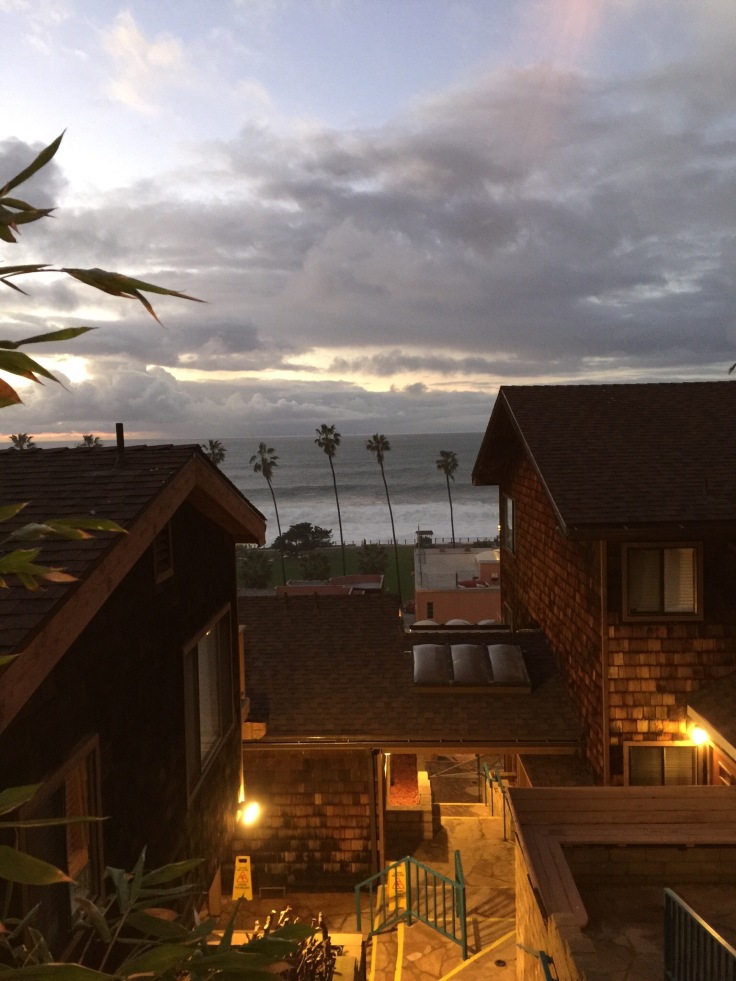 Sunday’s main event was a lavish brunch at the Crown Room at the Del (Hotel del Coronado). No pictures were taken while inside because we were too busy strategizing how to maximize our time there – e.g. don’t fill up on fruit, cheeses, etc. Do go for the seafood bar, carving stations, mimosa bar, and definitely save room for dessert!

After gorging ourselves, we headed outside to explore the property.

After spending the morning in Coronado we headed back into the city and set out to explore Balboa Park. There are SO many things to do there but we narrowed in on the botanical garden before coming across a great photo op. Some of us did better than others in our interpretation…mimosas had nothing to do with this outcome.

After our recent trip to Japan, we wanted to check out the Japanese Friendship Garden before heading back to the Airbnb for some downtime.

Our Airbnb was located in a cul-de-sac steps away from Calumet Park and the Pacific Ocean.

It was a great place to catch the sunset!

We kept it pretty low key for dinner after an indulgent morning at the Del. Don Bravo was a very short walk away from the Airbnb and was the perfect fast casual Mexican.

Monday was departure day. The DC crew was leaving late morning while the Boston crew had some more time to explore before a red eye that evening.

I think we managed to find “Bird Rock”.

Before going our separate ways we headed to downtown La Jolla to check out Seal Cove. 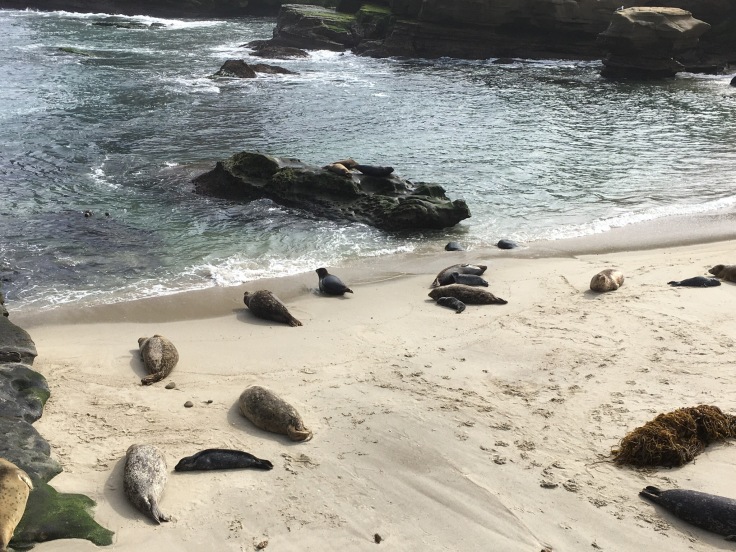 Until next time San Diego!

Question: What did we miss? What should we do next time in San Diego?